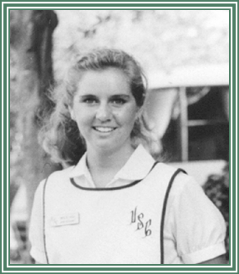 Congratulations! You have been nominated, by a member of the Cardinal Newman community, to submit a short application for the Bobbi Rossi Memorial Scholarship for Cardinal Newman.  Unlike other awards that honor students based on their academic achievements or athletic skills, this prestigious award is given to a rising senior at Cardinal Newman who, like Bobbi, immortalizes optimism, enthusiasm and commitment to humanity. The scholarship committee will select the recipient based on the information provided in the online application. We encourage every nominated student to submit an application. The deadline to submit your application is March 10 at 11:59 p.m.

Bobbi Rossi’s memory shall live on in the Columbia community through scholarships to students at Cardinal Newman. Columbia was home to Bobbi for most of her short life. She attended St. Joseph’s Catholic School, graduated from Cardinal Newman High School in 1982 and entered her third year in the Nursing program at the University of South Carolina. Bobbi’s sudden death in September 1984 led the Rossi Family to establish the Bobbi Rossi Memorial Scholarship Fund as a way of perpetuating her memory in the community.

Until the law changed a few years ago, a client who was named as the beneficiary of a parent’s IRA could count on a relatively straightforward and tax-savvy method of... Read More

Projected increases in the IRS’s ranks may be raising more advisors’ and clients’ eyebrows than actual tax hikes. The much-anticipated Inflation Reduction Act is now law, and while the Act... Read More

Simplify your giving and gain a partner who understands your philanthropic goals.

Donate to an Existing Fund

Join a community of givers working to address needs in our community.

Give to the Foundation

Your gift allows us to respond to community needs and collaborate with other organizations.