Central Carolina Community Foundation, the Midlands’ local center for philanthropy, has awarded over $200 million in grants and scholarships since its founding in 1984 — a tremendous milestone and cause for celebration.

The Community Foundation was established to enhance the lives of citizens in the Midlands by a group of five business leaders with a $25,000 investment from United Way of the Midlands. The first grants were awarded in 1989 — 17 grants totaling $100,000. The Foundation has worked to earn the trust of residents, community leaders and donors in the region through effective investments of assets, strategic grantmaking and meaningful collaboration across various sectors in the Midlands.

The Foundation harnesses the collective resources of the community in a way that mobilizes action in areas vital to its long-term vitality and wellbeing — effectively connecting community partners to areas of need in the community. 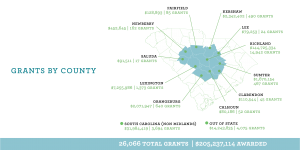 “Our $200 million milestone could not have been accomplished without the generosity of our fundholders and donors across the communities we serve,” said JoAnn Turnquist, president and CEO of Central Carolina Community Foundation. “This accomplishment is much more than a number. It is a celebration of collaborative philanthropy at its best — a celebration of the impact that donor contributions of all sizes have made. We hope that this philanthropic milestone will inspire pride and energize the community’s giving spirit.” 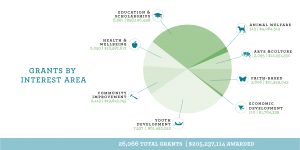 The Community Foundation’s Impact Over the Last 36 Years 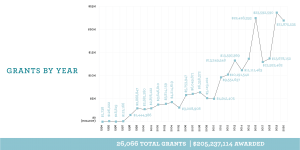 The Foundation supports nonprofits across the Midlands, telling their stories and working with donors and partners to transform communities and change lives through the 400-plus charitable funds it manages. To learn more about its impact and initiatives, visit yourfoundation.org. 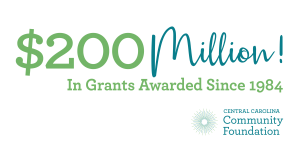