Finding Meaning After Tragedy: The Bakhsh Family Seeks to Honor the Life of Garrett Bakhsh

Growing up in Hereford, Maryland, Garrett Tazwell Bakhsh, the oldest son of Brad and Natalie Bakhsh, developed a passion for lacrosse at a young age. After years of hard work and dedication to the sport, Garrett received a scholarship to play lacrosse at Coker University. Garrett moved to South Carolina to begin his freshman year with the goal of going into law enforcement and becoming a US Marshal after graduation. Garrett’s life was tragically cut short by a mass shooting in Hartsville at the beginning of his second semester.

Natalie and Brad Bakhsh knew that they wanted to find a way to honor their son when they were contacted by Garrett’s lacrosse coach, Coach Olliver. Coach Olliver explained that one of Garrett’s friends that had been with him the night of the shooting wanted to donate $50,000 to build a lacrosse fieldhouse if Garrett’s name was on it. Coach Olliver then recommended Central Carolina Community Foundation to the Bakhsh family as a resource to help them find a way to honor Garrett. Soon after, Natalie and Brad Bakhsh reached out to the Foundation.

CCCF staff worked with the family to determine the most effective course of action to meet their philanthropic goals and honor their son’s memory. With the advice and assistance from staff, Natalie and Brad created The Garrett Tazwell Bakhsh Memorial Fund. Donations raised in this fund will go to Coker University in support of the Garrett Tazwell Bakhsh Fieldhouse.

Along with Brad and Natalie, Coker lacrosse alumni, Garrett’s fellow teammates, family, and friends, have come together to help to support the Fund. With lacrosse being such an integral part of Garrett’s life, the Bakhshs’ desire to have the fieldhouse named after Garrett would mean the world to them.

“Garrett is a kind soul, he always wanted peace and looked for alternate ways to settle disputes,” Natalie Bakhsh, said. “He was so, so proud to receive a scholarship to play lacrosse at Coker University. His father spent countless hours playing and teaching him lacrosse in our backyard. I am hoping to see the fieldhouse soon. We want to make Garrett proud! He deserves it. It will happen.”

Anyone who wishes to help the Bakhsh family honor Garrett’s memory can donate to the Garrett Tazwell Bakhsh Memorial Fund housed at the Community Foundation. 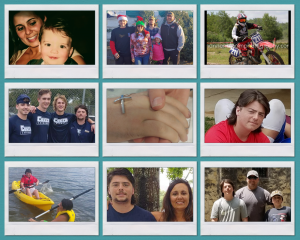