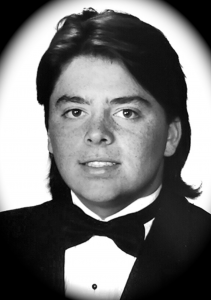 This fund was established in loving memory of Garrett Bakhsh.

Originally from Hereford, Maryland, Garrett Bakhsh was the son of Natalie and Brad Bakhsh. Garrett had a passion for athletics, a stubborn but fair demeanor, and an astonishing capacity of love for his family and friends. He was full of smiles and had a willingness to help or do for others. A lifelong lacrosse player, Garrett earned a scholarship to play on the lacrosse team at Coker University in Hartsville, South Carolina. He loved lacrosse and spending time with his family, often intertwining the two by spending countless hours practicing with his dad and brother, Dillon, in their backyard.

Garrett was fun-loving and loyal and was always the peacemaker in the group, seeking to bring harmony to all areas of adversity he encountered. In addition to his passion for lacrosse, Garrett also had a passion for service, majoring in Criminal Justice with hopes of one day serving as a U.S. Marshal.

After the first semester of his freshman year at Coker, Garrett’s life was unfortunately taken all too soon in a senseless mass shooting in downtown Hartsville.

His parents, teammates, family and friends wish to honor his memory by building a men’s and women’s lacrosse fieldhouse at Coker University to be named after him. Donations made to the Garrett Tazwell Bakhsh Memorial Fund will help fulfill the goal of building the fieldhouse in Garrett’s memory.