In 2004, at the age of 11, Cole Sawyer lost his battle with cancer. Cole was an inspiration to those around him, and a huge fan of Carolina football. Some of Cole’s most cherished memories were at summer camp, where he could truly be a kid and connect with other children who also had serious illnesses. After his passing, his parents Stacy and Scott sought to honor his memory through the creation of a summer camp for children with serious illness and disease. Cole had a lasting impact on those who knew him, and the Sawyer family has dedicated their lives to honoring their son.

Camp Cole is the first summer camp of its kind in South Carolina, bringing children with medical ailments together, and will be breaking ground in April 2020 with state-of-the-art facilities. The project will be completed in two phases. The first will include a café, kitchen, medical care facility, cabins, offices, and a large indoor activity space. The second phase will add a gymnasium, canteen, stage, and art shack. The camp will also have a swimming pool, playground, pond, gazebo and countless pathways connecting the entire property. These facilities will be accessible for children in wheelchairs, with IV poles, and many other types of medical equipment. 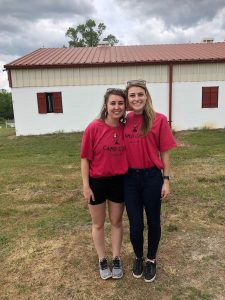 A project this large cannot be completed without the unwavering support from the community. Camp Cole has participated in Midlands Gives for the past two years and has experienced incredible fundraising success. The organization has received more than $27,000 from 205 donations, moving the organization one step closer to its goal of breaking ground. The money raised from Midlands Gives has gone directly towards the building of the facilities. In addition, participating in Midlands Gives has connected Camp Cole’s staff with multiple other nonprofits and increased the organization’s exposure throughout the entire state of South Carolina.

The co-founder and director of development and marketing at Camp Cole, Margaret Deans, said “Camp Cole participates in Midlands Gives because it truly exposes our organization to thousands of people and businesses. Camp Cole appreciates that there is a day each year that our community comes together to celebrate all the incredible work we do together.” Camp Cole is providing children with the opportunity to laugh and play with other kids that are struggling with illness and allowing them to realize they aren’t alone in this fight.

To learn more about Camp Cole and its mission, visit their website.

If you are interested in making a donation to Camp Cole, please contact them via phone 803-849-8697 or by email at [email protected].